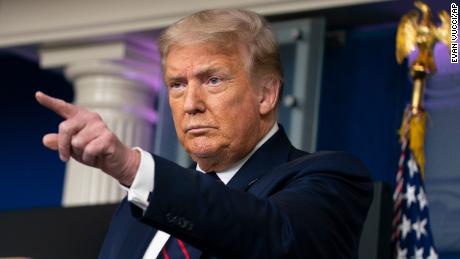 The Donald Trump administration is toughening its talk on immigration as the 2020 election looms nearer. Donald Trump said on Tuesday that he would reject any new applications for the ‘Dreamer’ immigrant program and will shorten the deportation protections of those whose eligibility is soon to expire.

A senior administration official explained that there would be a lengthy review of the Supreme Court decision last month which found that Trump’s move to rescind Deferred Action for Childhood Arrivals (DACA) was “unlawful”.

The administration has made clear that it will still consider ending the program which shields hundreds of thousands of immigrants living in the United States illegally after entering as children. The review is likely to take at least 100 days, which will mean that a decision on the Supreme Court’s ruling will not be made until after the Nov. 3rd election.

At the time of writing, Democrat nominee Joe Biden sits in front of the President in the polls. Trump is hoping that the proposed steps to limit deportation protections will help to drive up enthusiasm among his core supporters.

On Tuesday, Trump was asked whether he was still considering a path to citizenship for ‘Dreamers’. Trump was not clear in his response, but did say:

“We are going to make… the DACA people and representatives happy, and we’re also going to end up with a fantastic merit-based immigration system.”

Back in February, a Reuters/Ipsos poll found that 64% of adult respondents supported DACA’s core tenets.

Trump has made a hardline stance on immigration one of the cornerstones of his re-election campaign. However, the issue of DACA has been a difficult issue for the President, as public support for the program appears to be growing.

Back in February, a Reuters/Ipsos poll found that 64% of adult respondents supported DACA’s core tenets.

The administration plans to continue its current policy of not accepting new DACA applications, a policy which has been in operation since 2017.

The administration official also explained that those DACA immigrants whose protection from deportation was due to expire will have their status in the U.S. extended by a year as long as they haven’t committed any criminal offences.

The Department of Homeland Security said that permits which enabled DACA recipients to travel outside the country would only be granted in “exceptional circumstances.”

The official explained that:

“These actions will limit the scope of the program while DHS and the administration review its legality, justifications for a possible wind-down and other considerations relevant to deciding whether to keep or wind down the DACA policy.”

The announcement from the Trump administration has been met with criticism from many.

Leon Rodriguez, who was the former director of U.S. citizenship and Immigration Services under President Barack Obama said that the Trump administration’s proposals seem to go against the intent of the Supreme Court.

“So they think they can get away with half ending DACA renewals and persisting in not opening up first time DACA applications?”

Sanna Abar, who is advocacy director for immigrant rights organization United We Dream, said the administration’s decision is “outrageous they are absolutely refusing to do what the Supreme Court ruled, which was to return the program to its original 2012 state.”

“So they think they can get away with half ending DACA renewals and persisting in not opening up first time DACA applications?”

However, the Supreme Court’s decision to block Trump’s move to rescind the DACA program is not indefinite. The Supreme Court merely said that the administration’s actions were “arbitrary and capricious.”

Ultimately, the President still has the freedom to push for another attempt at rescinding the DACA program, which they plan to do.

The senior administration official made it clear that the administration will analyse the memos which were used to justify the winding down of the program.

“We’re going to review all of that and all the underlying communications that informed those documents, so that when the administration next acts on DACA, it will be anchored on this comprehensive review.”

The 2020 Presidential Election will take place in just over three months on Tuesday 3rd November.