What is Dual Citizenship?

Dual Citizenship is when a person holds British nationality and the nationality of another country at the same time.

Having American British dual citizenship allows you to keep your citizenship status in the US while enjoying similar freedoms in the United Kingdom. This means you will have the right to live, work, rent, buy assets, and travel between the two countries with ease.

Who is Eligible for Dual Citizenship UK?

To be eligible for dual citizenship UK you must be a citizen of a country that also allows dual nationality.

How Can You Apply for Dual Citizenship UK?

There are several routes through which you can apply for British Citizenship, these include:

Get in touch with our expert immigration attorneys to receive assistance with dual citizenship. Learn more

Rights and privileges of dual citizenship

American British dual citizenship can be beneficial for many reasons, including having access to greater global mobility and improving your quality of life.

By holding American British dual citizenship you will be entitled to the same rights as both US and UK citizens. This means that with dual nationality you will be able to live and work in both countries without needing a visa or work permit. Holders of dual citizenship are also able to get access to public benefits if they are entitled to them and will have the right to study in either country as well as vote in their elections.

Once you have become a British Citizen you will also be able to apply for a UK passport. The advantages of carrying two passports are that you can travel more easily between the two countries. Having a passport removes the need for long-stay visas as well as any questioning about the purpose of your trip at customs upon arrival in the country. Moving between the two countries can be beneficial in situations where for example, a person has family in both countries, or conducts business in both countries.

Whilst there are many benefits and privileges to holding American British dual citizenship there are also some drawbacks. These include the potential for double taxation and the usually lengthy and expensive process for obtaining dual citizenship. Another factor to consider is that you would become bound by the laws of two countries, not just one.

In terms of potential double taxation, you should note that US citizens who have dual citizenship with another country are still required to pay US taxes, even whilst they are not currently living as permanent residents in the US.

Note also that persons who hold dual British citizenship cannot access diplomatic help from the British government when they are in their home country. This means that the UK government cannot offer help to US citizens who also hold British Citizenship whilst they are in the US.

If you would like to discuss the pros and cons of American British dual citizenship for your particular situation, get in touch with our experienced immigration attorneys, who will be able to discuss the merits as well as drawbacks with you.

How Can IAS Help?

Applying for a second citizenship can seem complex, but our immigration lawyers can help you to understand the process of maintaining multiple citizenships. We provide a variety of high-quality services to guide you through the process.

We offer advice sessions, where one of our lawyers will discuss your circumstances with you and will let you know if you qualify for British Citizenship, as well as explaining what dual citizenship will mean for you. This session will give you the chance to ask our lawyers any questions you may have about American British dual citizenship.

Our immigration attorneys can also assist you with your British Citizenship application and will ensure that you are able to keep your American nationality when guiding you through each stage of your application process. We offer a number of services to assist you with this.

If you choose to get the help of IAS, you will be assigned a caseworker who will work with you one-on-one to gather and organize your supporting evidence. Your immigration attorney will also submit a detailed Letter of Representation to support your application, liaise with the UK government on your behalf, and can even help you to prepare for the Life in the UK test.

Our IAS attorneys will take care of every aspect of your application, for more details about the services our attorneys offer, or to find out more about dual citizenship UK, speak to one of our immigration experts today on +1 844 290 6312. 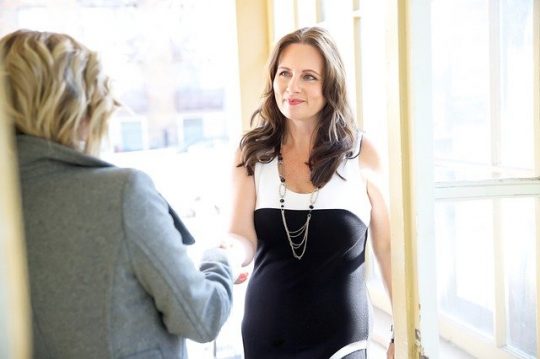 Get in touch with our expert immigration attorneys to receive assistance with dual citizenship UK. Learn more

Passport applications can seem complicated, but our lawyers are here to guide you through them. For more information don’t hesitate to contact our team on +1 844 290 6312.

When US citizens apply for citizenship in another country this does not automatically jeopardize their American citizenship.

However, some US Citizens who apply for British Citizenship may not wish to have a second citizenship and don’t want to keep their US citizenship.

In this case, individuals who do not wish to have American British dual citizenship can voluntarily relinquish their US citizenship.

To do this, the person must apply for another nationality with the intention of relinquishing their American citizenship. This intent can be shown by a person’s statement or conduct.

You must be over the age of 18 years old to apply to become a British Citizen. If you would like your child to also have dual citizenship then you will need to register them as a UK citizen. This is done by a child’s parent on their behalf.

If your child is a US citizen and is successfully registered as a British Citizen, they will be able to maintain both of their nationalities.

A child born in the UK does not automatically have British Citizenship, this is something that many parents are not aware of. To be registered for citizenship at birth at least one of the child’s parents must be a British Citizen.

You can also find out more about how to register your child as a British citizen if they were born abroad and you, as their parent, are British: British Citizenship for child born abroad.

Indefinite Leave to Remain (ILR) is a form of UK settlement that allows you to become a permanent resident of the UK. With Indefinite Leave to Remain status you can study, live and work in the UK. It is also a vital step for those looking to become a British Citizen. Once you have held ILR for at least 12 months you can apply for UK nationality. If you are married to a UK citizen then you don’t need to wait 12 months and can apply as soon as yare granted ILR status.

There are many immigration routes that can lead to ILR, these include the Spouse Visa, Ancestry Visa, Tier Two Work Visa and more.

To be eligible, you will need to have been living in the UK for a specified period of time under one of the relevant routes to ILR. There are also some other requirements, including language requirements, but these can vary depending on your country of origin.

Our lawyers will be able to assess your eligibility or advise you about the best route to ILR available to you.

For more information more about applying for Indefinite Leave to Remain, simply contact our team today on +1 844 290 6312.

You can sit the test at one of the 30 test centers that are located across the UK. The test consists of 24 questions about British traditions and customs and you will have 45 minutes to answer them.

You will need a score of at least 75% to pass the test, this means you must get at least 18 questions right.

There are a number of people who are exempt from taking the Life in the UK test, this includes:

Our immigration attorneys can help you to prepare for the Life in the UK test, to find out more about how they can help you don’t hesitate to get in touch today on +1 844 290 6312.