What is the P1B visa?

The P-1B visa allows members of an entertainment group to enter the United States temporarily to perform. The visa is valid for a minimum of one year and is available to those groups who have been internationally recognized as outstanding in their respective discipline for a sustained and substantial period of time. This means that an entertainment group has been critically reviewed, awarded, or given other significant international recognition for their work.

"After my advice session i now know exactly what to do to fill in my visa application. Thank you kate"
☆ ☆ ☆ ☆ ☆
Faisal Mubeen
"Successfully applied to renew my spousal visa. Prompt communication and clarity as to my expectations from start to finish."
☆ ☆ ☆ ☆ ☆
Clarissa Abrams
"So far so good. I was contacted promptly as promised and given sound, clear advice that has given me confidence to proceed to the next level. Thank you Grace"
☆ ☆ ☆ ☆ ☆
Grace Carol

What are the requirements for the P1B Visa?

Entertainment groups who would like to apply for a P1-A visa will need to meet a certain set of eligibility criteria to obtain a visa which is as follows:

In order to be classified as achieving international recognition, a group must have a high level of achievement in their field. This is evidenced by a degree of skill and recognition substantially above that ordinarily encountered. As a result, their achievement has been found to be renowned, leading, or well-known in more than one country. Furthermore, the reputation of the group is essential: not the individual achievements of its members or the acclaim of a particular production.

Circus performers and their essential support personnel are exempt from both the 1-year requirement and international recognition requirement as long as they are coming to the United States to join a nationally recognized circus.

In addition, certain entertainment groups may have the international recognition requirement waived if they can establish that they are nationally known as outstanding in their field for a sustained period of time.

To acquire a P1-B visa, entertainment groups must be sponsored by either a U.S. employer or agent, a U.S. sponsoring organization, or a foreign employer through a U.S. agent to come to the United States to perform. The P1-B application will first start with a sponsor a group petition and then proceed as follows:

Form DS-160 (Online Nonimmigrant Visa) can be completed online. This form asks questions regarding the applicant’s personal information, background, and reasons for entering the United States. After the form is completed, the applicant will be shown a confirmation page along with a confirmation number. It is important that this page be printed out and saved as it will be needed later in the application process.

In order to demonstrate that an entertainment group is internationally recognized for a sustained and substantial period of time as being outstanding in their field, they must submit evidence such as proof of significant international awards won or that they were nominated for in the past. In lieu of award recognition, entertainment groups can also submit at least three of the following in order to qualify for a P-1B visa:

Documents Needed for the P1B Visa

Anyone looking to apply for a P-1B visa will need to submit additional supporting documentation along with their Form I-129 (Petition for Nonimmigrant Worker). This should include the following documents: 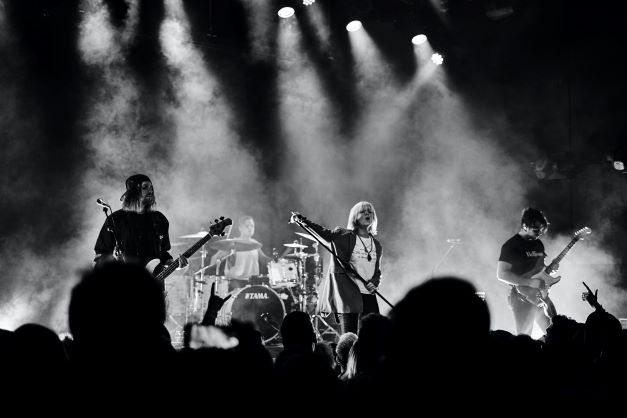 Get in touch with our expert immigration lawyers to receive assistance on your P1-B visa application. Contact Us

Essential support personnel whose presence plays an integral part of an entertainment group’s performance of the athlete and whose duties can not be performed by local American workers may be eligible to join the group in the United States under the P-1S classification.

For support staff to obtain P1 visa status, the petitioner must file a separate Form I-129 for the essential personnel. In addition to the I-129 petition, the sponsor will also need to include the following:

Examples of essential support staff may include front office personnel, camera operators, lighting technicians, and stage personnel, or other roles that can prove themselves to be invaluable to the entertainment group.

What is the cost of a P1B visa?

Those individuals who would like to apply for a P1-B visa will incur the following fees:

If a group would like to sponsor essential support personnel for P-1S visas, additional costs will incur. 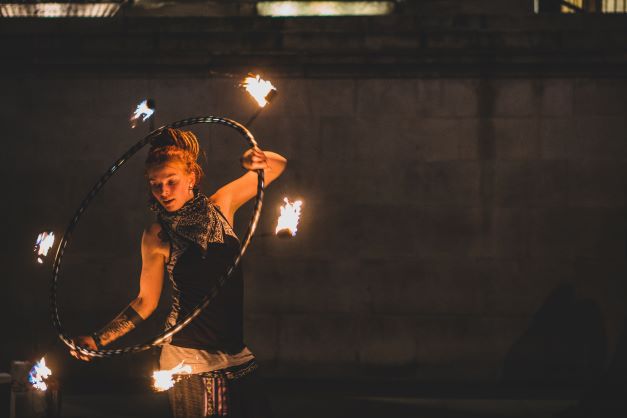 If you have any questions about your U.S. visa application, our team is happy to assist. Contact Us

What is the processing time for the P1-B visa?

From start to finish, the processing time for a P1-B visa should take anywhere from 6 weeks- 15 weeks. This will usually depend on a variety of factors such as how quickly USCIS processes Form I-129 (which is 2-8 weeks, depending on if there is a backlog).

After the P1-B petition is approved, entertainers can then submit the DS-160 Form and attend their visa interview soon after. Overall, the P1-B processing time in total may take between 6 weeks-15 weeks.

Entertainment groups who would like a quicker can apply for premium processing by filing Form I-907 (Request for Premium Processing Service) and paying the $2,500 fee. Visa applicants who choose to have their application premium processed will receive a decision on the visa within 15 working days.

How long is the P1-B visa valid?

The P1-B visa is valid for as long as it takes for the entertainment group to complete the event, competition, or performance. This initial length of stay is not to exceed 1 year.

Visas can be extended in increments of up to 1-year in order to complete whatever activities they have planned in the United States.

We offer immigration advice sessions as face to face appointments at all of our UK offices, or via the phone. Learn more

Immediate family members of a P1-B visa holder may be eligible to join the entertainer in the United States by applying for a P-4 visa. The P-4 visa allows for spouses and dependent children (unmarried children under 21 years old) to enter the United States under nonimmigrant status.

One of the requirements for the P1-B visa is that at least 75% of the members in an entertainment group must have had a substantial and sustained relationship with the group for at least one year. This means that the collaboration between the members is genuine and long-standing (at least one year) and wasn’t haphazardly put together.

Entertainment groups can have newer members in their group as long as the majority of the members have been performing for or involved in the group in a substantial way.

Although both visas are in the same P1 visa category and share a lot of similarities with one another, the P1-A visa is typically reserved for outstanding athletes (individual or group) who are internationally recognized and would like to enter the United States temporarily to participate in an athletic event.

P1-B visas however are primarily meant for entertainment groups who are recognized internationally and would like to enter the United States temporarily in order to perform for American audiences.