The COVID-19 pandemic, combined with Donald Trump’s U.S work visa suspension, has led to massive delays in the processing of applications, according to the American Immigration Council.

The congressional research service said a flood of applications received since the start of the pandemic has caused major disruption, with the current backlog for all three work visa types standing at a whopping 900,000 applications.

With the logjam threatening to cause shortages in the workforce, advocates for higher numbers of immigrants in the U.S are now calling for an update to the immigration policy, believing policymakers need to ramp up the number of employment-based immigrant visas (green cards) being issued in order to plug a potential gap.

Elizabeth Gross, who is an immigration attorney, said: “Slowly companies are coming back to life, engines are restarting. They’re starting to consider moving people across borders, sending people to work overseas, bringing people in to work in the U.S. It’s a matter of finding and making sure we can get the folks through as things open up again.”

Should the current backlog continue at the current rate, within 10 years there could be more than 2 million people waiting for a U.S work visa. This could have a drastic impact on the country moving forward, with such a large proportion of the workforce made up of immigrants.

Take Nevada, for instance, where one in four of the workforce is from overseas. If suddenly a large number of workers are lost, this could have drastic consequences for the local economy. This is why the call for an increase in the number of green cards being issued seems to make sense – at least in states such as Nevada.

Since the start of the pandemic, many were called back to the U.S, while workers from overseas were drafted in to plug staff shortages. Now, with some U.S nationals expected to return to their posts abroad, more immigrant workers may now be needed to fill the shortages here.

Since the 1990s, the number of green cards issued per year has been capped at 140,000, meaning the demand for these work visas already outweighed availability. But with former President Trump issuing an executive order suspending the visas until March 31, combined with the mayhem already caused by the COVID-19 pandemic, this merely exacerbated the issue.

When President Biden took office, he allowed the ban to run its course, and although it has now expired the scale of the backlog has only increased. However, the new President has put forward a new immigration bill, and if the changes are ratified then we could eventually see up to 375,000 more green cards dished out annually.

Issues with other visas

Around the world, many U.S Consulates and Embassies remain closed, meaning services are still somewhat limited. As a result, other visas types are currently experiencing backlogs, in particular the E2 visa, which is seeing extensive delays as a result of the continued issues caused by COVID.

Delays have also hit Chinese students, with thousands set to miss out on travelling to the U.S due to processing delays, while the HB1 visa to green card backlog had reached a record 1.2 million back in 2020. The figure is likely to be even higher now.

Do you need U.S immigration advice?

We provide expert immigration legal advice and application support to those who are looking to move to the U.S.

If you want to apply for a work visa, we’re on hand to support you every step of the way and help you get the result you are looking for. 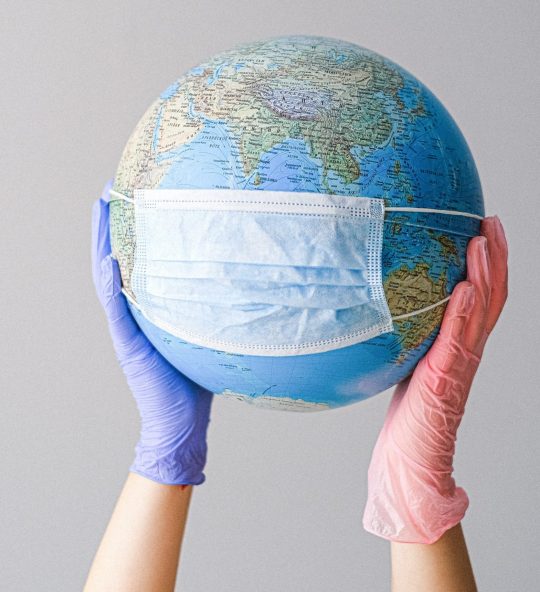 Coronavirus restrictions are still having a massive impact on the freedom of movement around the world  [Image credit: Pexels]