With Joe Biden having served his first 100 days as President of the US, many are considering how his time in office thus far compares to Trump’s early days.

In the US, a president’s first 100 days in office is often believed to serve as a marker of what is to come, standing as its own unique milestone and benchmark of success.

Throughout presidential campaigns, candidates typically promise to enact change within specific timeframes, with many vowing to introduce sweeping reforms to policy within their first 100 days. Biden’s campaign proved to be no exception to this trend as he pledged to meet a number of targets within this timeframe, promising to tackle a wide scope of issues from the climate crisis to US immigration policy.

While many have praised his successful efforts to reverse a number of damaging Trump-era policies, others remain sceptical of the administration’s capacity to make substantive change, recognising that Biden has failed to deliver on several of his immigration pledges.

During his presidential campaign, Biden vowed to reverse several of Trump’s archaic and deeply divisive immigration policies. He pledged to raise the refugee cap to 125,000 – a stark contrast to the 15,000 limit set by Trump.

Similarly, he promised to rapidly increase humanitarian resources at the southern border and urged public-private partnerships to deal with the rising levels of migration in the area.

However, during his time as President thus far, Biden’s promises have failed to materialise. As it currently stands, the numbers of refugees admitted in the US this year are likely to be nearer to Trump’s 15,000 figure. What’s more, despite promising to provide a surge in humanitarian resources at the southern border, the US now faces its largest ever number of unaccompanied children at the border.

This has created significant overcrowding, with Customs and Border Protection resorting to searching for temporary space at convention centres, military bases and other large venues.

Despite promising a more humane asylum system in the US, Biden has failed to provide any details or plans as to when this may take effect. In fact, he has faced further scrutiny for keeping a policy from the Trump era which allows Customs and Border Protection to deport migrants who enter the US without authorisation, in an alleged attempt to prevent the spread of Covid-19.

There are, however, a number of barriers being placed in the way of the Biden administration when attempts have been made to introduce reforms. For example, Biden attempted to freeze deportations for 100 days but this was blocked by a court.

Similarly, many immigration policy pledges that the Biden administration has sought to implement are facing delays in progress as a result of current strains to the system. Biden did in fact sign executive orders to end the policy of family separation, establishing a task force to reunite families. Yet progress is slow due to the thousands of records which must be worked through.

Do you need U.S immigration advice?

If you are looking for assistance with any US immigration query, our fantastic team of qualified immigration lawyers are here to help. 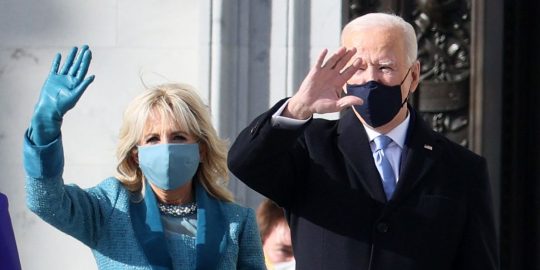 Select
Which is faster F1 or F2B?
How much does a 90 day fiancé visa cost?