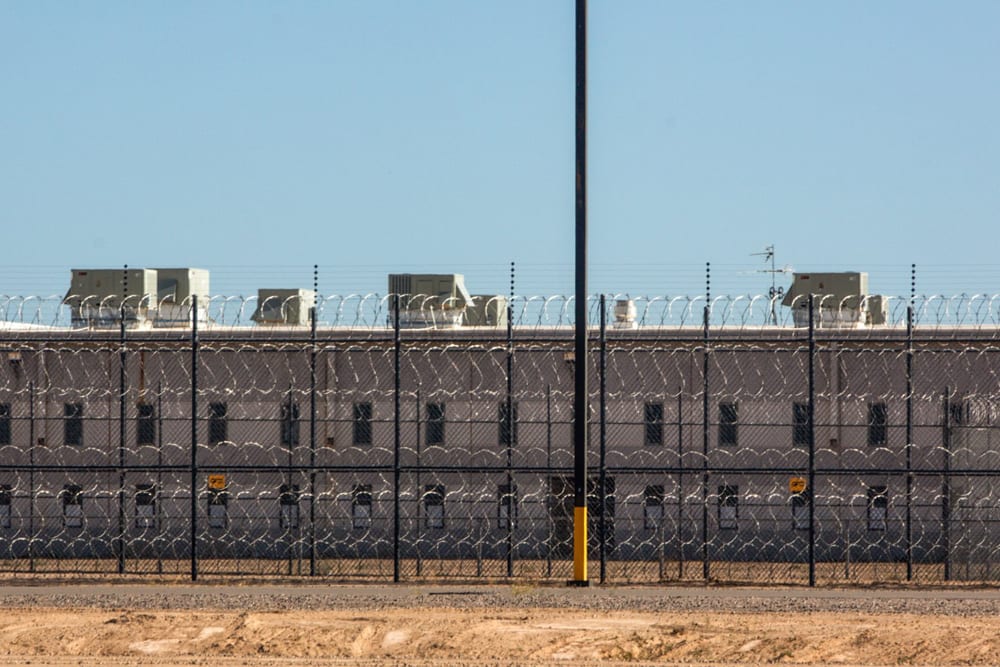 Just over 40% of staff members at the Eloy Detention Center in Arizona have tested positive for COVID-19, according to data provided by CoreCivic to The Arizona Republic of the USA TODAY Network.

CoreCivic- formerly the Corrections Corporation of America- is a private, for-profit prison operator that owns and runs the Eloy Detention Centre under contract from Immigration and Customs Enforcement (ICE).

With a total detainee capacity of 1594, the Eloy Detention Center is one of the USA’s largest immigrant holding facilities. The 128 staff members who have tested positive for COVID-19 form just under 41% of the center’s 315-person workforce, a statistic that underlines the extent of the outbreak at the facility where a correctional officer who died from Coronavirus complications in June had worked.

Eloy is used to hold those who are awaiting deportation from the USA due to having committed immigration offences. Considerable numbers of the detainee population are awaiting the outcomes of asylum applications or other legal applications that have been submitted in an attempt to remain in the country.

The detention center has experienced the second-largest COVID-19 outbreak of any such facility in the entire country, with ICE data released on July 8 stating that 242 detainees have tested positive for the virus. Of this number, 108 remain active cases.

Yet internal emails obtained by The Arizona Republic reveal that on June 22- now more than two weeks ago- 270 of the Eloy detainees had tested positive for COVID-19, considerably more than was stated in ICE’s official data.

The internal emails were sent by the Eloy Detention Center’s warden Mr Fred Figueroa, and appear to unequivocally state that the number of confirmed cases stands at 270:

Amanda Gilchrist, a spokesperson for CoreCivic, insisted that the 270 detainee cases referred to by Mr Figueroa was the result of a ‘typographical error’, and the actual number of cases is indeed 242 as stated in ICE’s official data.

In the emails obtained by The Arizona Republic, the warden discusses the measures that have been put in place inside the facility to limit the spread of infection, including wearing full Personal Protective Equipment (PPE), ponchos, face shields, gloves and N95 face masks when entering pods with infected detainees.

‘I know that several are (sic) you are nervous with the amount of staff and detainees who are positive with COVID-19. Unfortunately this is a virus that is highly contagious’

‘As stated above, 16 staff have returned to work and we anticipate several more as the days pass. I cannot stress the importance of practicing social distancing, wearing your mask and required PPE properly. Treating everyone as if they have COVID-19 will help to minimize your exposure. Unfortunately staff that are not adhering to stablished (sic) procedures as it relates to social distancing and wearing PPE correction will be held accountable’.

Esteban Mercado, a 32-year-old correctional worker died on 14 June from possible COVID-19 complications. He was a father of two.

Following his death, a former correctional officer who quit due to feeling unsafe and a correctional officer currently employed at the Eloy Detention Center discussed the substandard conditions at the facility. They stated that a lack of PPE coupled with pressure to continue working even when at risk had caused the outbreak to intensify both inside and outside of the facility.